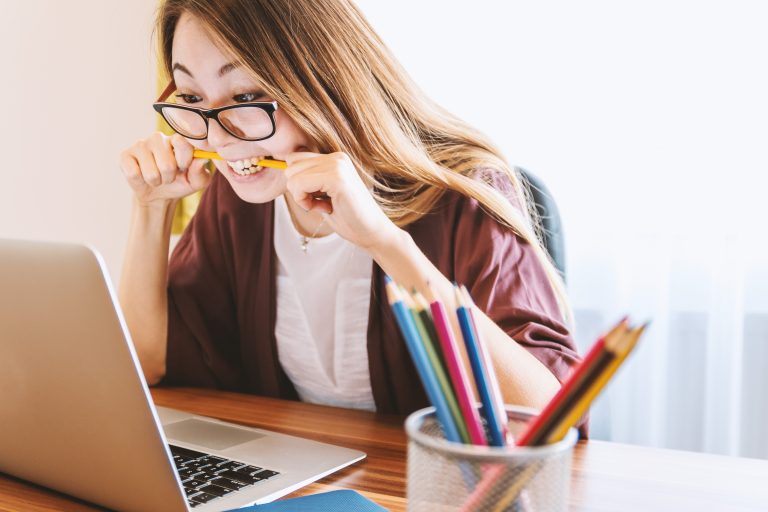 Raise your hand if you are behind a computer more than 10 hours a day. *Slowly raises hand*. Spending so many hours looking at a screen isn’t healthy. Computers and smartphones radiate something called blue light. In short, blue light is light with a very short wavelength, meaning it contains more energy. It has been proven that blue light is bad for eyesight. Mostly because the light penetrates all the way to our retina. Too much exposure to blue light can damage our eyesight and even affect our sleep.

Almost everyone looks at a screen at one point during the day. Some more than others. Guilty. And some even look at screens at night. Also, guilty.

Since I easily spend between 10-12 hours a day looking at my laptop, I decided it was time to get a pair of computer glasses. I wanted to buy a pair from Felix Gray. They are the latest trend on Instagram. However, they do not ship internationally. So, I had to look for an alternative.

Here in Holland we have many stylish opticians, making it difficult to shop at just one. I looked at Ace & Tate and Polette Eyewear, but eventually settled upon Charlie Temple. After browsing the online shop for a while, I chose Cleo, a simple metal frame. Metal frames are totally hot right now. Or so I’ve been told.

Next day delivery is no joke at Charlie Temple. I received my computer glasses on time and was able to use them right away. I put them on, and I was a little shocked because they were so crooked. But that was not their fault… my ears and nose are obviously not on the same level. After some adjustments, the glasses fit perfectly.

I’ve used the computer glasses for about three weeks now, but not consistently. My first impression is that the glasses relieve some of the strain on my eyes when looking at bright computer screens. The redness in the glasses cancels the blue light. Putting on the computer glasses is similar to turning on the night switch on a smartphone. I have personally used the glasses whenever I was looking at complex Excel sheets or while following my Udemy course. Those activities recquire me to pay attention to the screen and look at it for longer periods of time. During those times, I did notice it was easier on the eyes than when I didn’t wear glasses. I sometimes feel a sting in my eye, especially if I use my computer at night. With the glasses on, I did not have that.

The most difficult part about the glasses? Remembering to put them on…I wear glasses on a daily basis, so it’s not that. But if I lay in bed at night, scrolling through Instagram, Buzzfeed and Facebook, I don’t put them on. While it’s at those moments I need them the most.

The short term effect of not straining the eyes as much is noticeable. It could be a placebo effect, but I do feel that the stingy feeling in my eye is less when I wear the glasses. I am curious about what the long term effect will be of wearing these glasses. Measuring the results is quite difficult because I don’t know if it’s the coffee, my cat or the blue light that is causing me to wake up at 4 am every morning. Although I have only had them for a short amount of time, I am convinced I should keep wearing them. Even if it’s just for my own consciousness that I am doing something about keeping blue light from my eyes.

Influencers: what online rules must be followed? 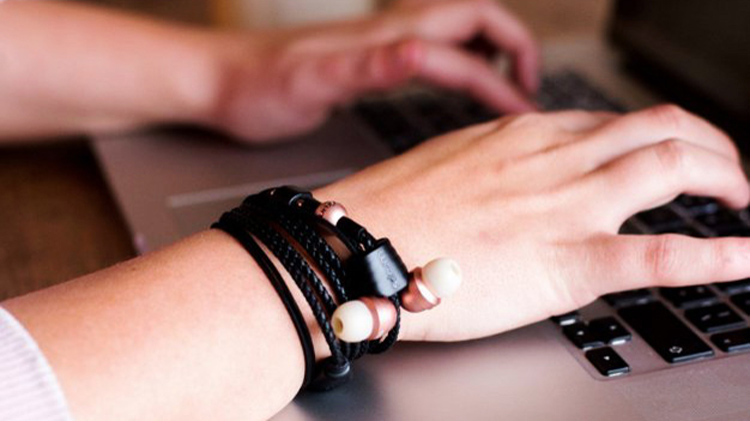 For those of you who often lose earbuds: Wraps Wristband Headphones